To have a nice start of the day you need an excellent breakfast. Do you agree with me? Well, if you answered ‘yes’, this caramelized pear, almonds and cinnamon french toast recipe is perfect for you! Imagine: soft and sweet caramelized pears and crunchy toasted sliced almonds over a fluffy french toast spiced with cinnamon powder. Ahhhh, you need this! 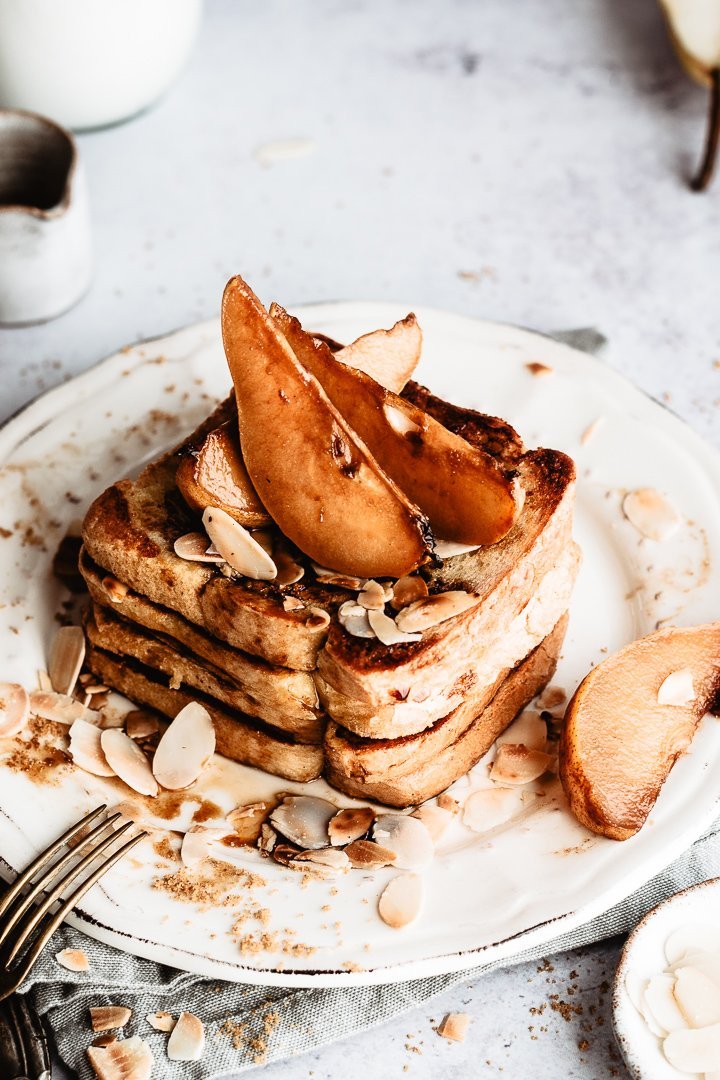 Look at them, aren’t they “royal”?

This pear, almond, cinnamon french toast recipe is what you need in the morning…

Seriously though. Isn’t breakfast the “sacred” moment of the day? To me it’s even more: it’s a moment I can take for myself, in complete quietness. I love waking up in the morning, open the shutters and staring at the dawn, that beautiful morning light. It fills up my heart.

French toast is the king of breakfasts. As I mentioned in a previous post, when I think about them my mind goes straight to the breakfast room of a Parisian luxury hotel. Is it the word ‘french’ that tricks me? Maybe. But, no matter how, I think of something sumptuous, luxurious. A royal breakfast!
And this pear, almonds and cinnamon french toast recipe certainly is the king (or queen) of breakfast. Just look at them: aren’t they almost majestic, with those pears standing on the top? They’d just need a crown. 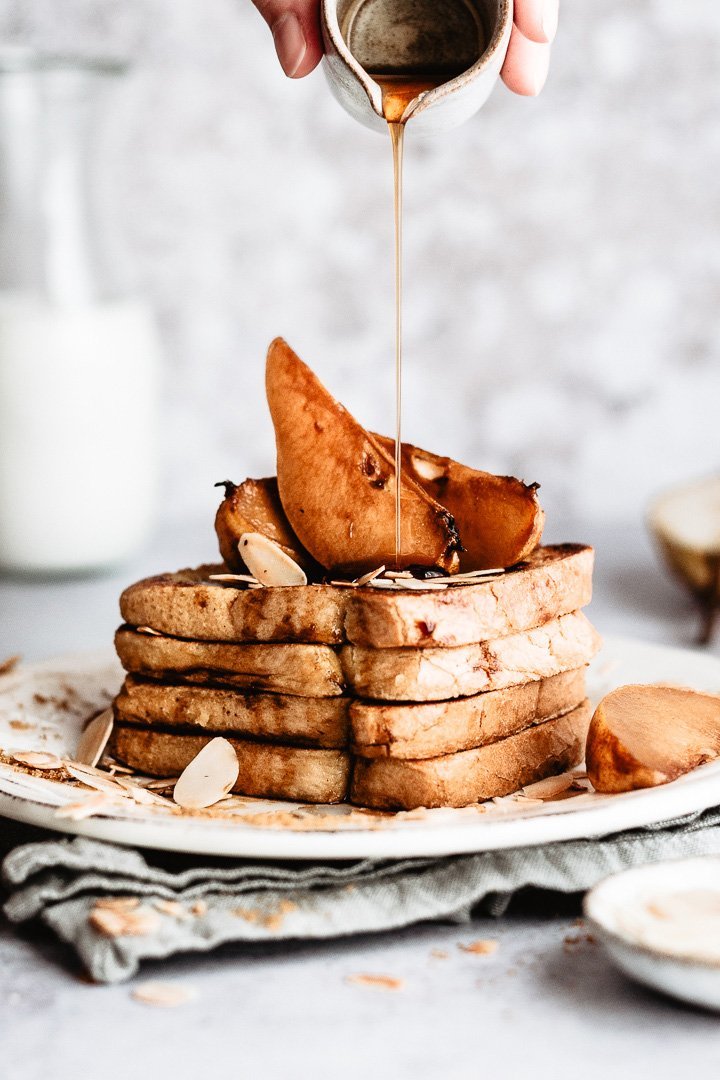 If you want an extra touch, serve them with maple syrup!

About the flavor: how can I describe it? The caramelized pears are everything here. Unlike the other recipes I posted in the past, this time, to obtain caramelized pears, I did not grill them. I literally cooked them in caramel. The result? An amazing sweet topping. I didn’t use any sweetener in the batter for this reason!
The almonds instead give a nutty touch, perfectly perfect in this case. 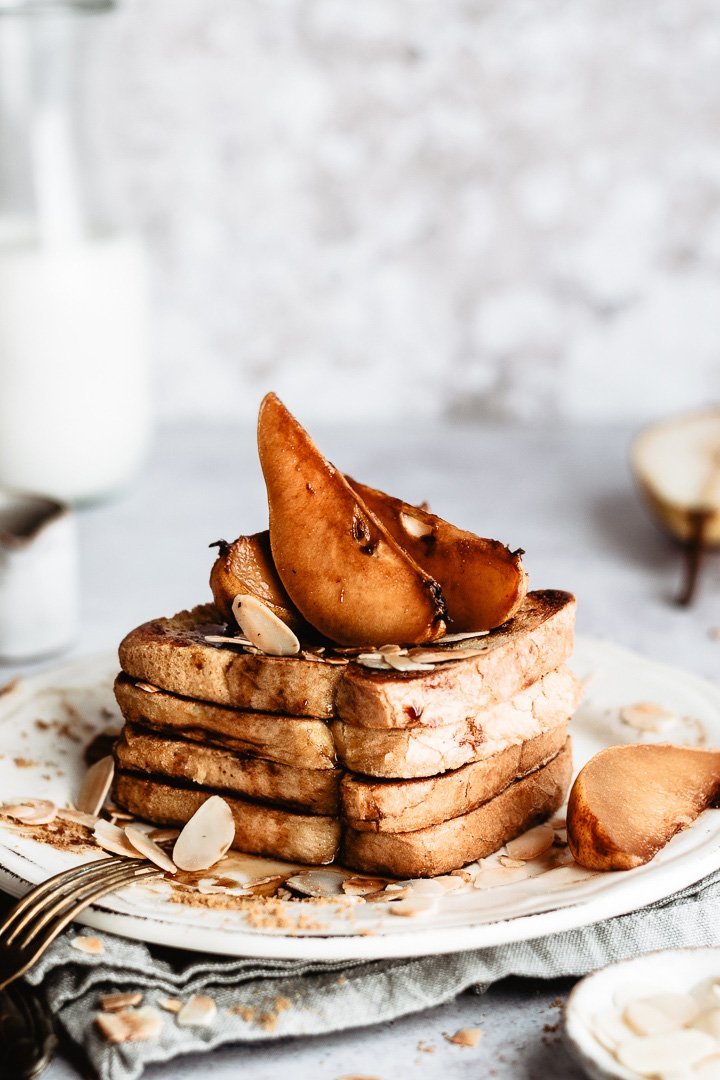 The toasted sliced almonds give a nutty flavor, delicious!

Have some questions about french toasts?

Let me say, french toasts are extremely easy to make, in my opinion. But you may have some questions about them:

If you don’t want to get a soggy french toast you should pay attention to the heat. Use medium heat to make sure they cook evenly. Also do not use too much milk, 50/65 gr for one egg is ok!

The perfect french toast – at least for me – has to be crispy on the outside and a bit gooey in the inside. Otherwise, if it’s all crispy, it’s like a normal toasted piece of bread.
As you can see from the photos, I decided to use normal white bread this time, but if you really want perfection use a thicker bread (ideally 2 cm thick).

Easy: when they’re golden brown on both sides!

Yeah, I know you want to eat ’em all. Oh, come on, don’t be selfish: share them!

The following are affiliate links which means I make a commission off of them with no additional cost to you. Thanks for supporting me!

To  prevent from sticking, make sure you use the right non-stick pan. Like this, for example!

If you love French toasts or caramelized pears, then check out these recipes: 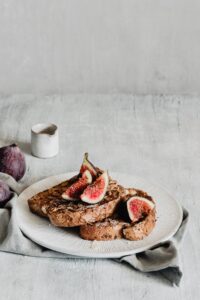 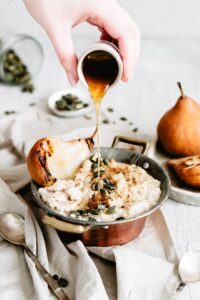 If you like the recipe, please give it a 5 star rating: I’d be so happy! 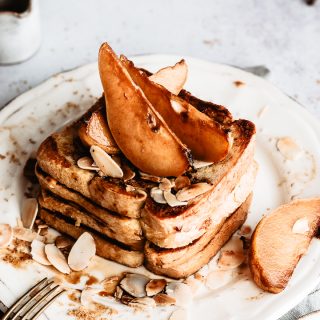 For the caramelized pears:

To make the french toast batter: